An elegant golden book with the treasures inside 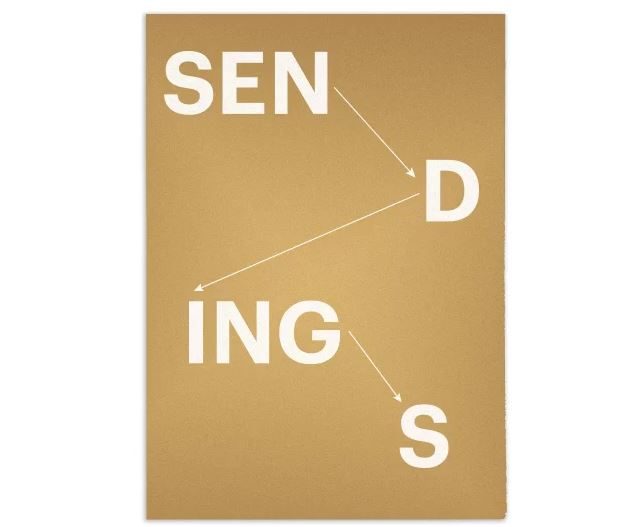 I fell in love with this product called “Sendings” producred by Aggie Toppins.
Aggie teaches graphic design at the University of Tennessee at Chattanooga and serves as Associate Head of the Art Department. After working for more than 15 years as a commercial designer, Aggie is directing her creative energies towards self-publishing editions through The Unofficial Press, writing about design, and doing community-based projects. Aggie received her MFA from the Maryland Institute College of Art in 2012. She lives beside a mountain with her husband and their two silly dogs.
“Sendings” is elegant, refined, with some graphic experimentation elements that I really enjoyed.
This independent product is made up by four essays relating to travel, theory, and the work Aggie mades in France, including the Sendings and Palimpsests projects.

Sendings from 2016. A series of collages on paper with an examination of symmetry and its connotations, this series draws on Jacques Derrida’s text “La Carte Postale”, in which the author disassembles binary oppositions in favor of readings that flip around an axis like a post card.
Palimpsests. from 2016–ongoing. Silkscreen and digital printing on fine papers. Printed in editions of 10 each. This series of collage-based prints is rooted in the practice of psychogeography. I mark my movements through the world as a solo female traveler by using the scraps of ephemera that pass through my life while traveling. The project indexes my own embodied experiences, while at the same time capturing how these experiences have left their trace on me.

You can buy the book in the shop of Aggie Toppins here. 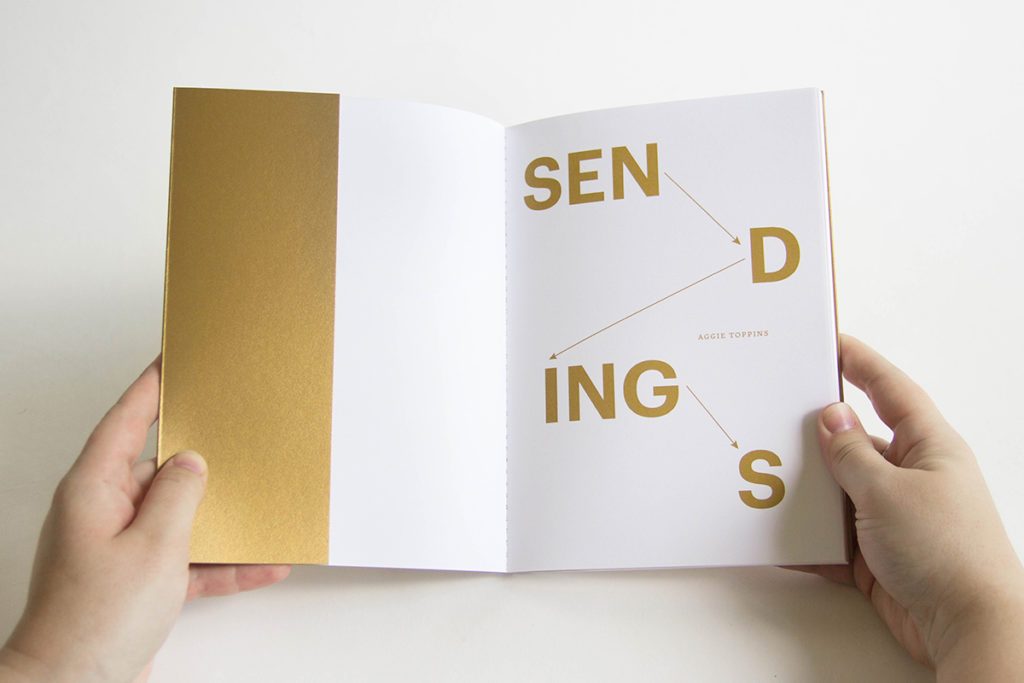 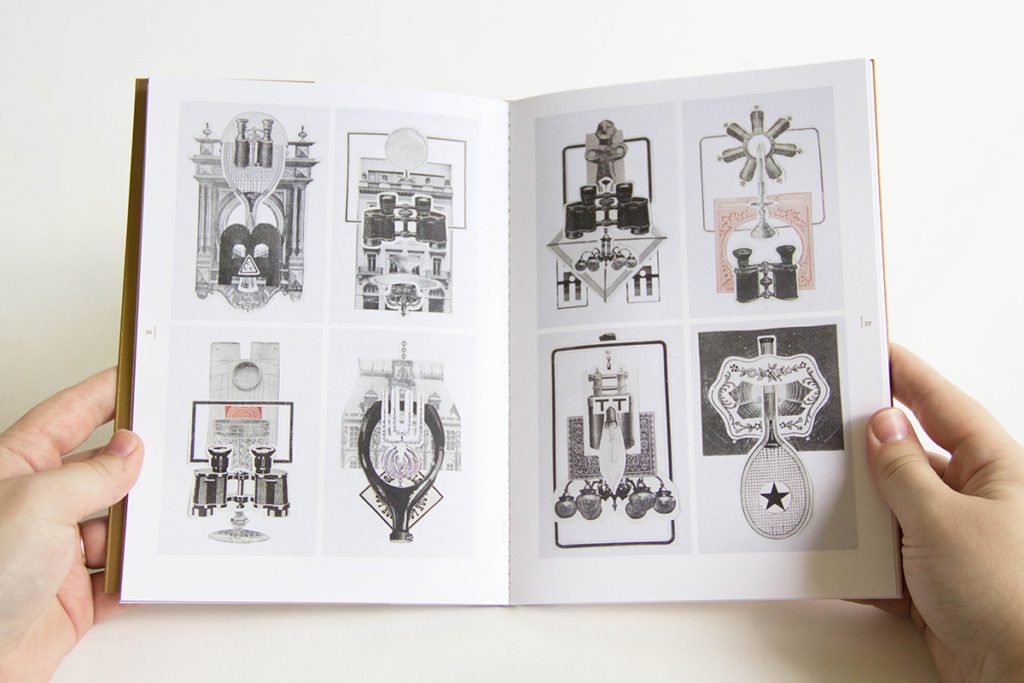 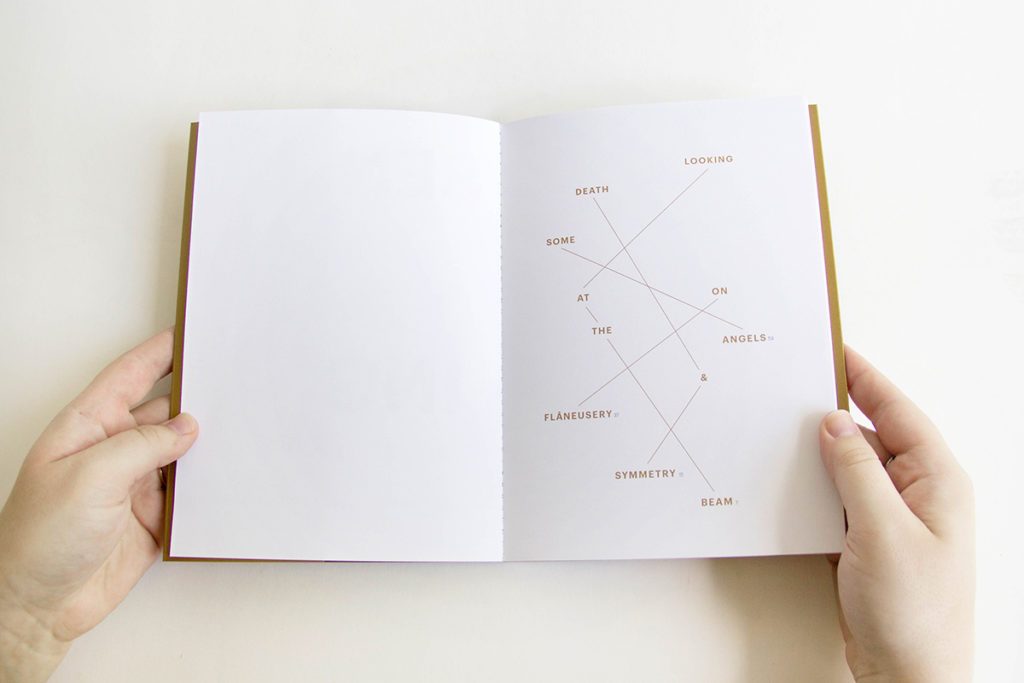 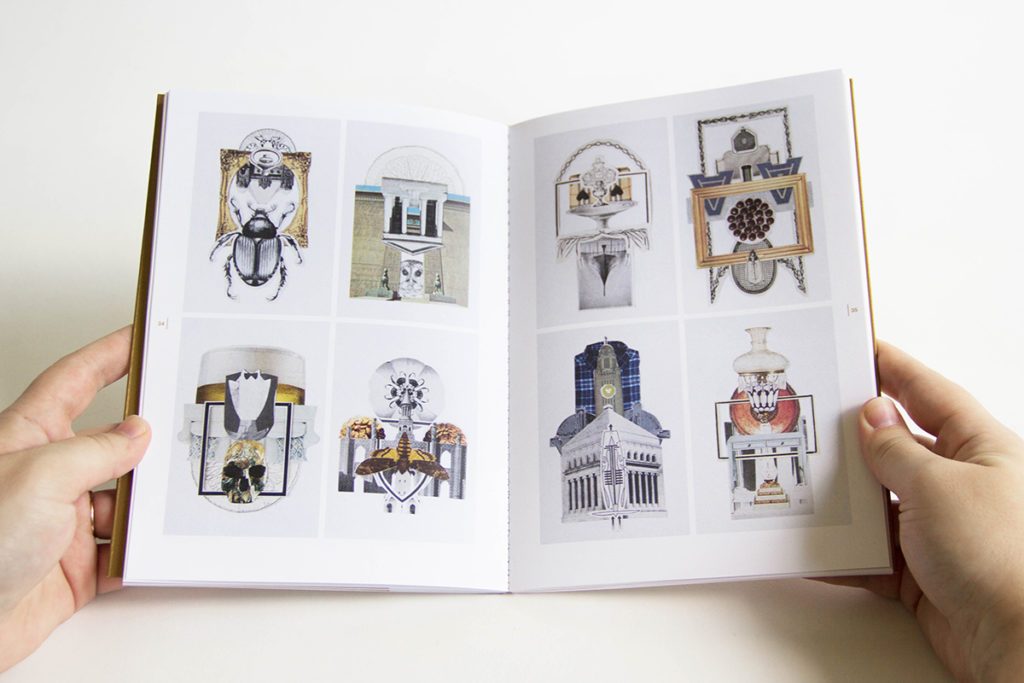 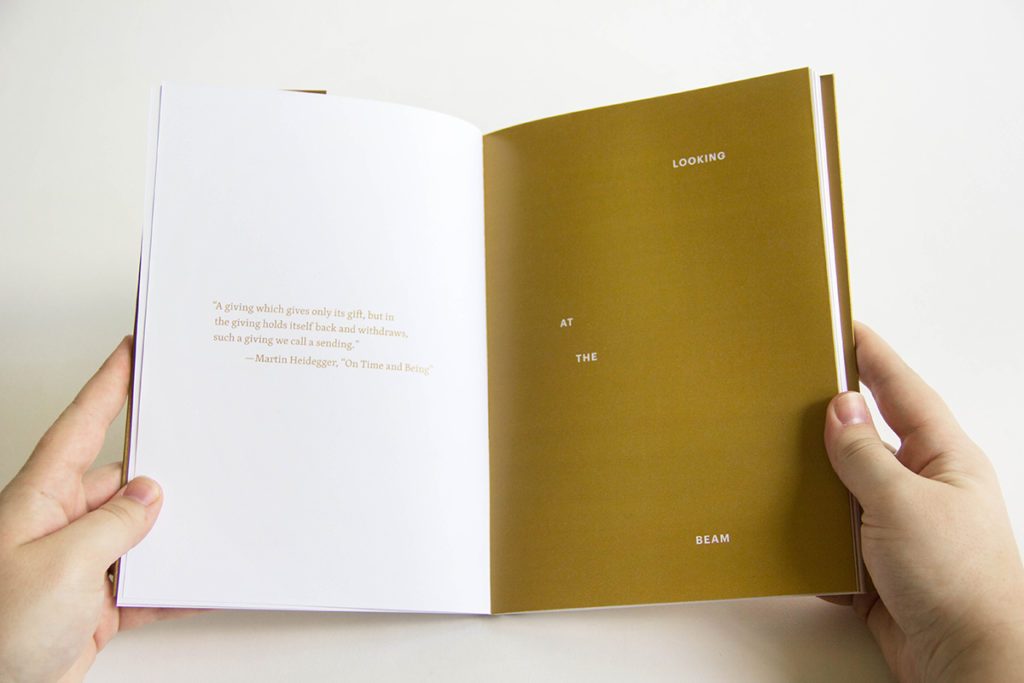 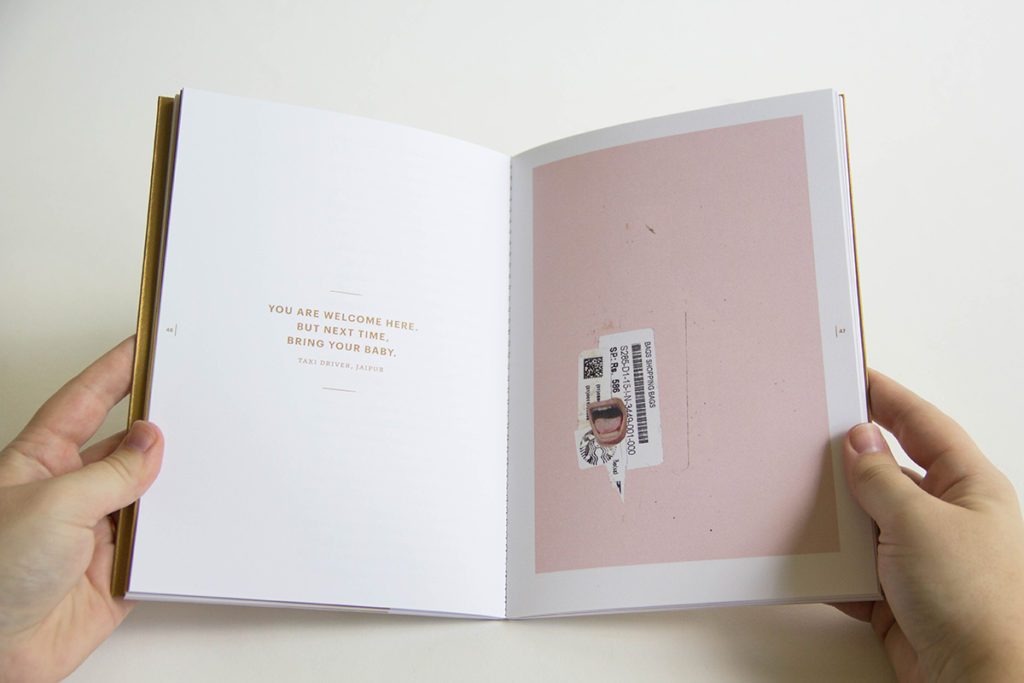 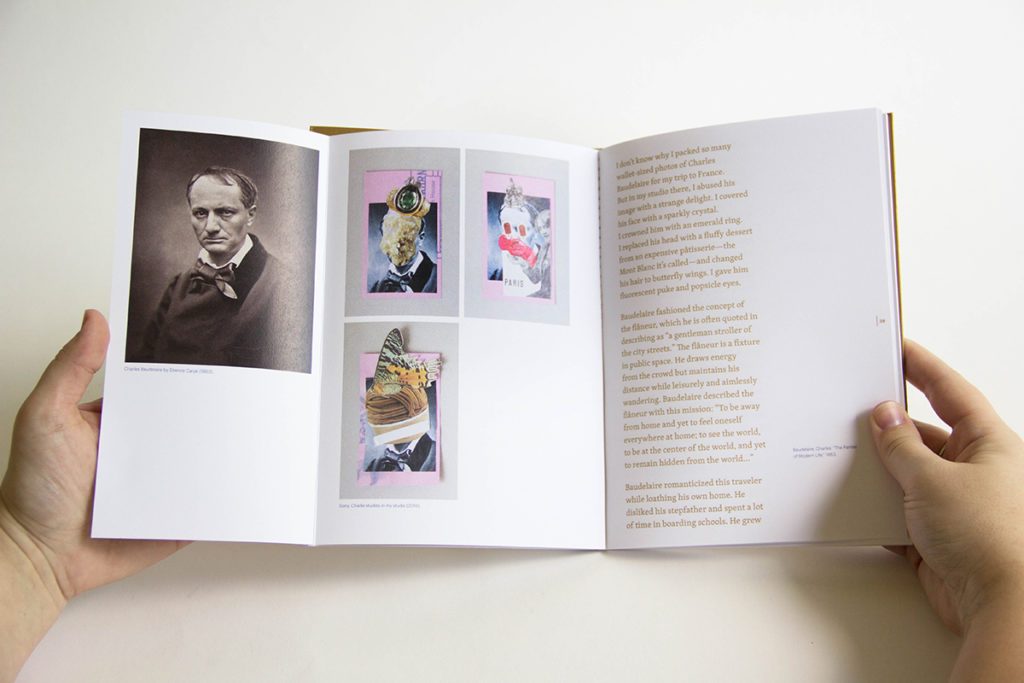 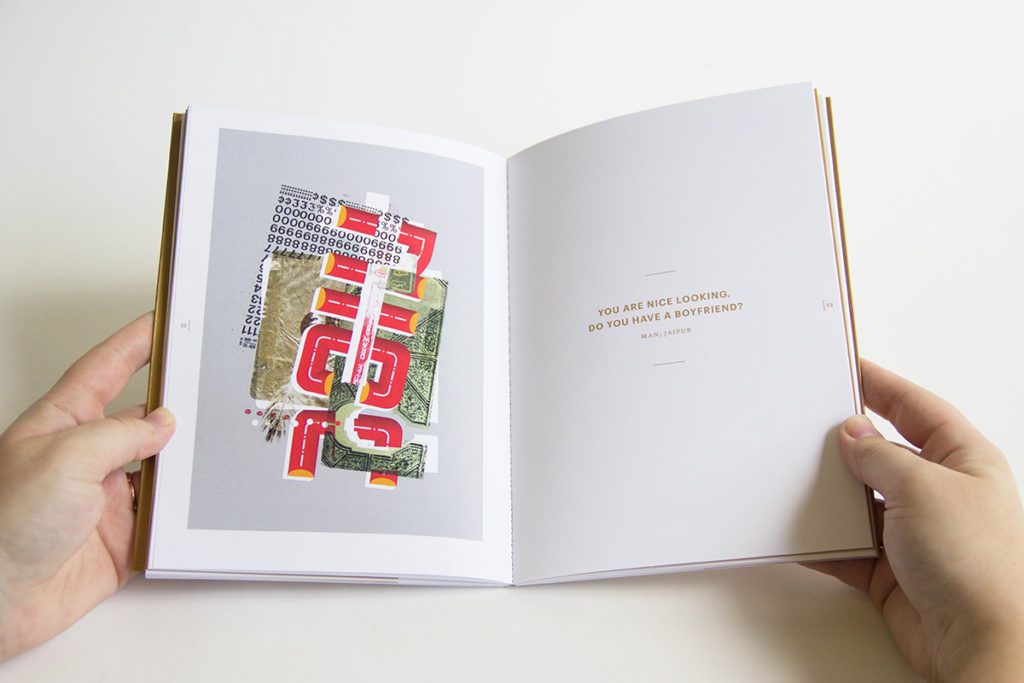 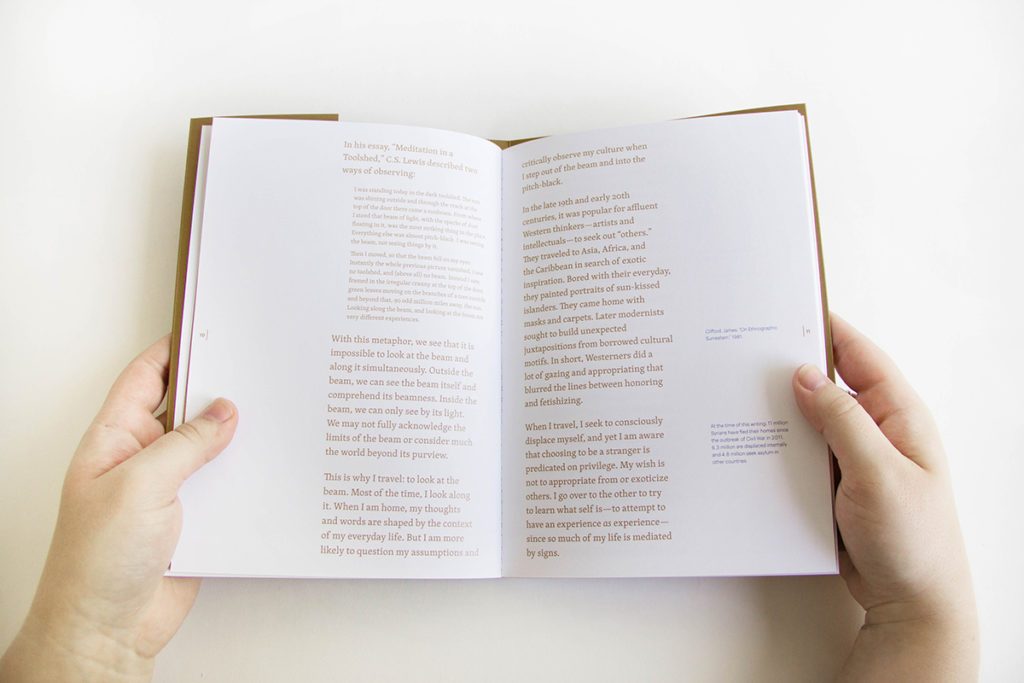